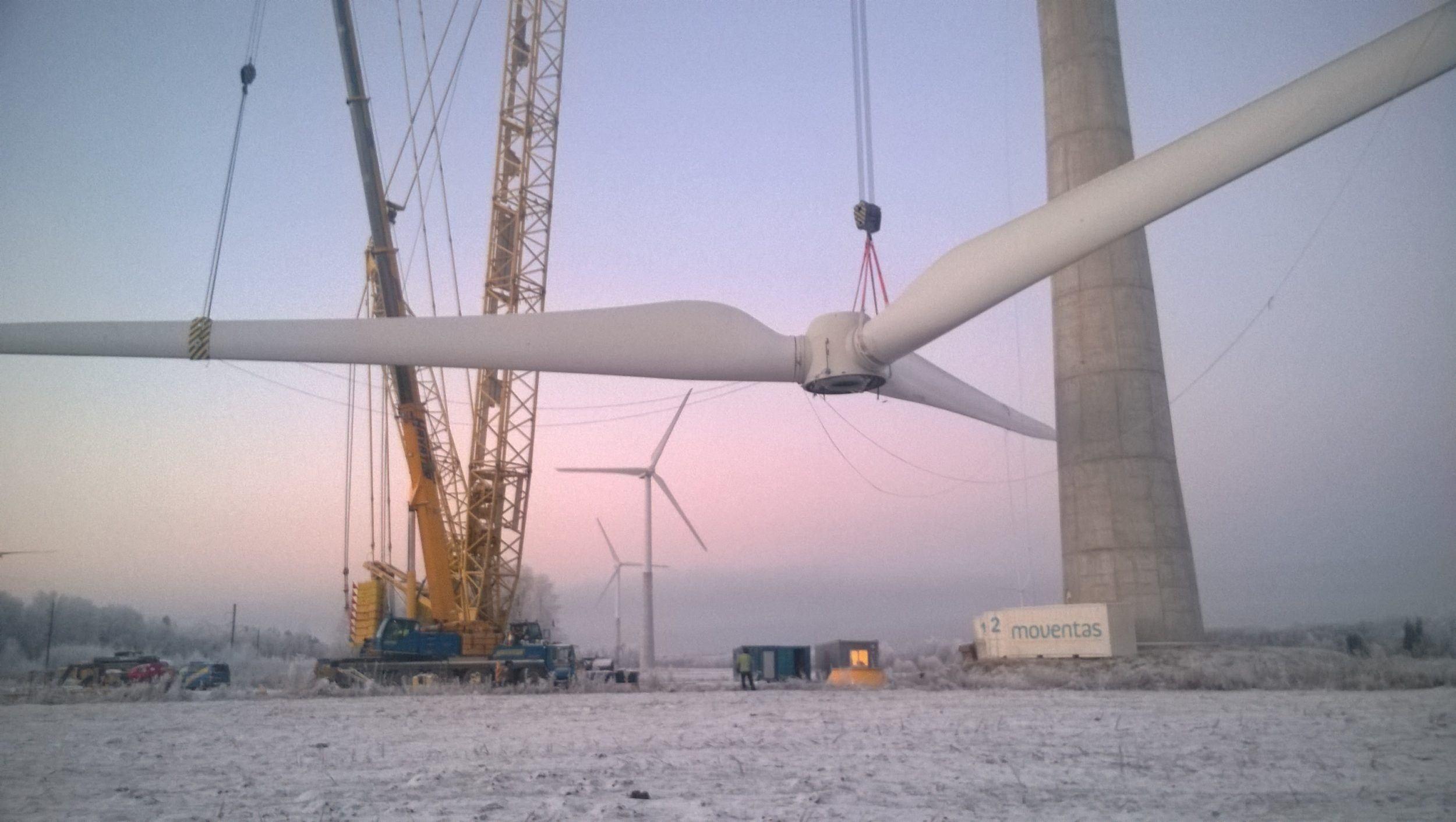 Moventas has received significant orders from wind industry customers in Finland and Estonia. This summer, Moventas will carry out an extensive WinWind 3 turbine service project for e.g. Haminan Energia.

For a few years now, Moventas has actively developed its after sales services in order to overcome the challenges with WindWind turbines, to support the end-users in Finland. Moventas has entered an agreement on service projects of WinWind 3 MW turbines with three different customers in Finland and Estonia.  The customers include Haminan Energia and the Estonian Nelja Energia.

The deliveries, scheduled for this spring and summer, include factory service, project management, installations, spare parts, new main bearings and in some cases also the related crane services.

Estonian Nelja Energia owns three wind farms and 19 WWD3 turbines across the country. The WWD3 projects now agreed with Moventas will be carried out in three turbines in the Aseriaru and Viru Nigula wind farms. The damages threatening the turbines were detected with Moventas’ CMaS condition management system.

– These projects include both a replacement gear installation and a speedy 12-day service at our workshop in Jyväskylä.  As the similar projects we carried out last year proved, we can successfully execute even the most challenging projects, comments Moventas Service business’ Nordic Sales Manager Teemu Hyytiäinen.

Moventas’ cooperation with Haminan Energia began last June, when all five Haminan Energia’s wind turbines were installed the CMaS system and existing systems were upgraded. This June-July, one of the Summa wind farm’s turbines will be installed a replacement gear. Additionally, service of the next possibly damaged gearbox will be planned well in advance and other turbines too will be monitored with the help of CMaS.

Wind power and its trouble-free maintenance play a significant role in Haminan Energia, who has built the Summa wind farm and the Ajos wind turbine in Kemi.
– CMaS is a good system, we absolutely plan to keep using it. Moventas monitors our turbines now and in the future from Jyväskylä, but we also have access to the system and can check on what’s going on in the nacelle.  Considering its qualities, the system is reasonably priced, says Vice President Pekka Raukko from Haminan Energia.
Antti Turunen
Senior Vice President, Service
Moventas